Where, how, when and to what end your students are seated is a vital factor in successful language practice. Discover Nick Franklin’s worst classroom management experience, how he learned from it, and also some great ideas for 21st-century ESL students.

Seating is a major consideration in the modern language classroom and awareness of its importance can determine the difference between success and failure.

The Classroom from Hell

I’d like to tell you about Classroom 205. I’d recently started teaching at a prestigious university and was assigned the aforementioned room. Classroom 205 was unusual. You came through the door and the proportions were immediately striking. It was wide and shallow. Three rows of 15 desks ran from the entrance to a far-off window. The desks were hooked up to the electricity supply so they were all screwed to the floor and any desk could only be accessed from the entrance side. The rows were narrow leaving just enough space for my lithe students to squeeze into chairs. If the student nearest the window needed to go to the bathroom, the entire row of classmates had to get up to let him or her through.

The situation for the teacher was worse. There was a catwalk about 50 cm wide running along the entire front of the classroom. This was raised about 20cm above the floor meaning that the teacher had to ascend and descend with a little jump. There was a constant danger of falling off.

At the entrance end of the catwalk there was a teacher’s desk. Unfortunately, there wasn’t sufficient room for the teacher’s chair behind the desk – certainly not enough space for the chair with the teacher in it!

Behind the catwalk, there was a whiteboard several dozen meters long. The digital projector projected the teacher’s slides at the far end. Of course, the teacher couldn’t really see the slides from the teacher’s desk (or anywhere else on the catwalk for that matter).

I could not think of a worse classroom for modern language classes if I tried. The spread of students across my field of vision was such that I couldn’t look at the entire group at the same time. Group work was effectively impossible because the students could only face forwards. Teacher interaction with specific students was as good as impossible because there was no way of getting in among the students; just as there was no way of standing behind them while they were meant to be working individually to ensure that they didn’t interact.

However, I have still not mentioned the worst thing about Classroom 205. The biggest flaw in the classroom from hell was me. I had a series of lesson plans involving group work, plenaries and pair work and I went ahead with it regardless of the spatial defects I faced. Moreover, it took me three weeks of frustration to finally go to my superiors and ask for a new room. The following week I was in a perfectly reasonable teaching space and the rest of the course was able to evolve to plan.

A friend and mentor of mine says that we are 20th-century teachers teaching in 19th-century classrooms to young people with 21st-century needs. There is a lot of truth in that. When you watch training videos of state-of-the-art classrooms they look nothing like the spaces most of us work in. In these cutting-edge classrooms, there is a mat directly in front of the teacher on which students can sit cross-legged, and the desks are arranged in islands for group work and a row of computers against the back wall.

In such scenarios, teacher talk takes place first. When some of the students feel they understand the lesson they go and work on it in groups, while those who need further explanation remain at the front. Finally, those who finish the group activity quickly can take things further on the computer. Essentially, the students are being taught at three speeds and choosing which is best for them.

Clearly, then, it is of vital importance to be aware of your teaching space before you start teaching a course. Are desks screwed to the floor or can they be set up as islands? Can chairs be taken out and put in circles for group work? The answer to these and other questions will determine what you can do effectively in class. Students sitting in pods of desks is the ideal setup for group work; students sitting in a horseshoe around the teacher without desks is the best layout for plenary discussions and makes it impossible for smartphones to be a distraction. If the class is mature enough to move the furniture around quickly and quietly, variation can focus students’ attention effectively on the specific activity at hand.

Finally, sitting with friends is a privilege, not a right. The norm should be to ensure that all the members of the class eventually work with each other. Moreover, if you are using differentiation, you will want to group the students by their ability to do different tasks of varying levels of difficulty.

What does your ideal classroom look like? Have you experimented with seating? What were the results? 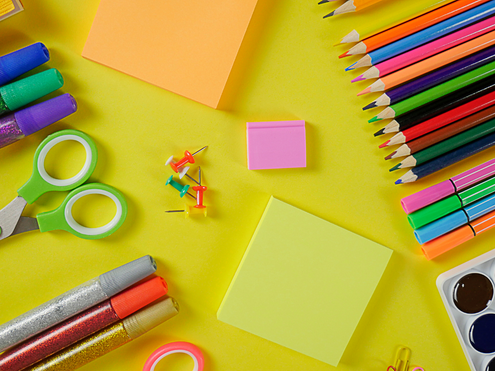 Maximum engagement in class is achieved when your students are involved in creating their own class resources. Here are 4 ideas to keep them engaged and improving all year long.